Starting Out a New Year With Amazing Memories!

Our holidays were spent in the most magical, happiest place on Earth. And, if I have to spell it out for you, well, you're obviously not among the land of the living!!!

If necessary, here's a hint: 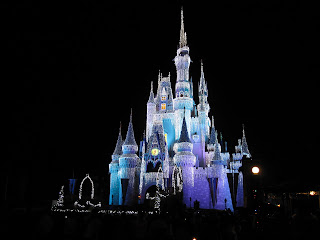 It was amazing!!! I must admit, however, that I was a little upset when Bill first suggested we spend Christmas there. But, after thinking about our boys and how much they would love every minute of being there, how could I NOT want to spend Christmas there? Yes, we were away from family, and it kind of put a kink into Christmas gatherings... but I think we made it work well. And, I have to say, the grandparents were wonderful and understanding about it all.

Walking into Magic Kingdom on Christmas morning was breath taking! The Christmas decorations are more than you could ever imagine, and the castle... well... it's just... magical! Caleb and Connor were awe-struck, and seeing them experience it all was one of the best memories I'll ever have. 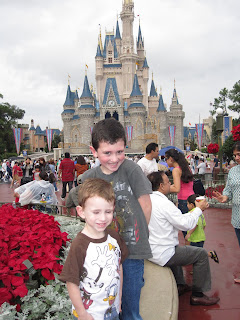 We had fun taking a ride in the tea cups! I always say I was sitting in a tea cup with a couple of little sugar lumps! ;) 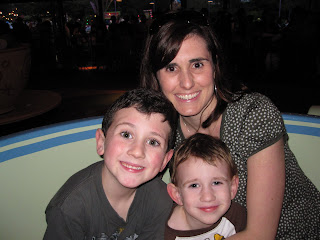 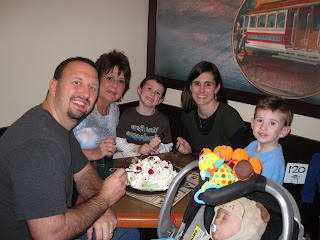 Character lunch at The Crystal Palace. We had lunch with Pooh, Piglet, Eyeore, and OF COURSE... TIGGER!!! (We had to trick Connor into getting close enough to take a picture!) 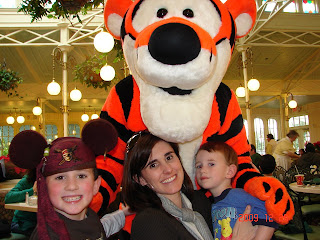 We really did so many amazing, fun, exciting, spectacular things... I could make a blog four miles long about it, and the pictures would probably overload blogspot as a whole. So, I'll keep it simple, and I'll keep it sweet. The memories mean more to me than any stranger who actually takes time to read the blogging of a SAHM, and they'll be in my heart and head forever... or at least until absolute dementia sets in... But I do have to say... Thanks, Bill, for making me step out of the Christmas box and giving our kids a gift they'll treasure forever in their hearts! 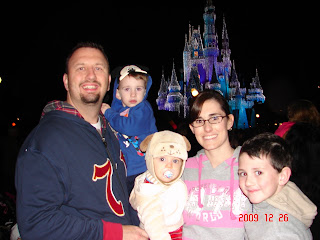